Hello friends! Today I will show you how to make Instant Pot Dulce de Leche!

Making dulce de leche in the pressure cooker is a controversial topic, as a lot of people are scared by it.

I have been making it for years myself. And I will say it is my favorite, number one preferred method for making dulce de leche from condensed milk!

But FIRST! Let’s address the “danger” of cooking a sealed can of condensed milk!

The boiling point of condensed milk is higher than water. The contents inside the can will never exceed 100° Celsius, because that’s the temperature of boiling water at sea level. The pressure inside the can can’t exceed the pressure of the environment around it as long as it’s covered by water the whole time it’s cooking.

If you don’t feel safe with these options, please make the dulce de leche using the oven method, or the stove top method without sweetened condensed milk.

You are safe to make dulce de leche by cooking a sealed can of condensed milk as long as you take the safety precautions I’ve mentioned above.

Watch the video on YouTube or on this page, to learn how to make sweetened condensed milk dulce de leche in the pressure cooker.

So, it all starts with a can of condensed milk!

Step 2: Inspect the can to ensure it doesn’t have any dents.

Step 3: Place it in an instant pot or pressure cooker, filled up with water to capacity.

Step 4: Set the pressure for high.

Step 5: As soon as the pressure cooker is under pressure, start counting 35 minutes.

Step 6: Turn the pressure cooker or instant pot off. Let the pressure release naturally. And let the can cool down all the way in the water before removing and opening, which may take a few hours.

You can read all about dulce de leche here. I have all sorts of different recipes and methods showing you how to make dulce de leche at home from a can of condensed milk, or from simply milk and sugar. And on this YouTube video I taste test all the dulce de leches, and compare them.

How long should I cook the condensed milk in the pressure cooker?

Once the pressure cooker is under high pressure, set the timer for 35 minutes. That’s the ideal time and pressure to obtain a silky smooth dulce de leche that’s also firm.

Should I worry about the water level on the pressure cooker going below the condensed milk can?

You should fill the pressure cooker up with water to maximum capacity. The water won’t have time to evaporate in just 35 minutes cooking, it will be pretty much at the same level you started with. Don’t cook too many cans at once, I actually just do one at a time in the instant pot.

Is it safe to boil a can of condensed milk?

It’s safe to do so, as long as you follow the correct safety procedures: make sure the can isn’t dented, make sure it’s covered with water the whole time it’s hot, let it cool down all the way before removing from the water and opening, don’t jostle the pan around while still hot.

Are toxins going to transfer to the condensed milk as it cooks?

This question was answered by a scientist here, explaining why it’s very unlikely to get toxins transferred to the condensed milk as it cooks in the can. Basically, he says that the metals in the can are very unlikely to leak out at relatively low temps such as boiling water.

Also, he says that the amounts of toxic metals that could come out of the cooking process would be to small to be of any concern.

He says the only “concern” should be with BPA lined cans, because they will leak small amounts of BPA, but he says that the risk is low, and there are similar levels of risk with virtually any canned food.

And the amounts of BPA in a condensed milk can are way lower than in a can of something acidic as say, tomatoes.

Check out below how beautifully the Instant Pot Dulce de Leche pipes!

Most dulce de leche brands you get at the store, or even the other methods aren’t going to be as thick like the pressure cooker dulce de leche.

For example, the dulce de leche made in the oven won’t be as smooth as this one, and won’t be as thick, because in order to become thick like this, it would have to cook for many hours in the oven, which would cause it to scorch even more than it normally does.

Instant Pot Dulce de Leche will be great for anything, from frosting, to cakes, and more:

Check out everything you need to know about dulce de leche here, how to store it, where to buy already made dulce de leche, and more!

I hope you enjoyed this tutorial on how to make Dulce de Leche in an Instant Pot! Give it a go, you will love it! 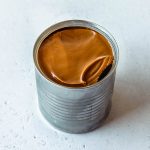 Instant Pot Dulce de Leche made from a can of condensed milk.

Quantity: I recommend cooking only one can at a time.

Water: ensure the can is covered in water.

Cool down: make absolute sure the can of condensed milk has cooled down completely before removing from the water and opening it. 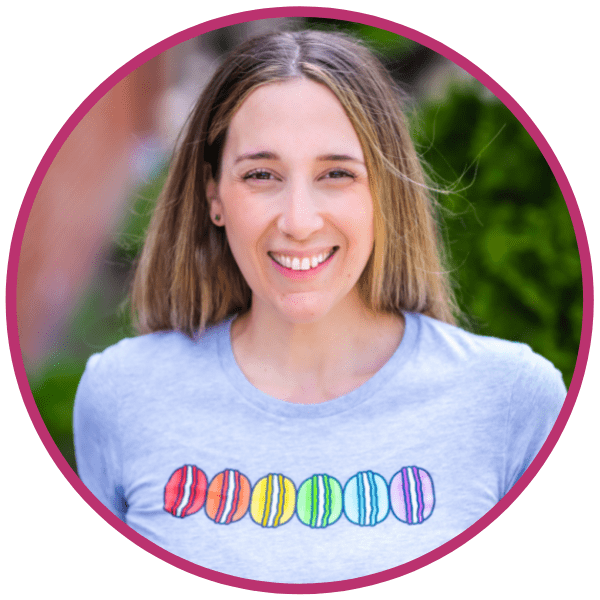